Uppersia is efficient in getting the train ticket to you. Railway is by far the safest way to reach remote places of Iran.

Uppersia is efficient in getting the train ticket to you. Railway is by far the safest way to reach remote places of Iran. Whether a tourist or a businessman you will enjoy the marvellous landscape with its deserts in the central and southern regions or the high mountain range of the Alborz up to the southern coastline of the Caspian with its fertile plains.

Please check the ticket availability and available timings in here before filling out the form below.

Tehran-Damascus passenger train departs Tehran to Damascus in the evening on Monday, passing through Iran, Turkey and Syria; the train arrives in Damascus on Thursday after 60 hours of traveling. The return from Damascus is on Monday. After passing Zanjan, Tabriz, and Salmas stations (getting on and off are taken place only in Zanjan, Tabriz and Salmas) it enters to the border. In Tabriz station, customs formalities, and in Salmas station, final control and passport sealing are performed. Then, along the route, after passing the border station of Razi, the train stops in the border station of Kapikoy in Turkey for checking visas by the officers of this country. Next stations are Van and Van jetty stations. In Van jetty passengers get on the ship and after five hours of traveling by ship they reach Tatvan jetty and continue their traveling to Damascus by Syrian train which consists of two kinds of wagon (First class- Bus train and First class – compartment – 2 bed).

This route is common with Tehran-Istanbul route till Malatya station. After passing Fevzipasa Station, the train stops at the border station of Islahiye for sealing the exit from Turkey and departing toward Damascus after checking passports in the border station of Meydan Ikbis of Syria. In this station, customs formalities and passport controls are performed to enter Syria. The railway distance between Tehran and Damascus is 2346 Kilometers.

Sarakhs to Central Asia and Russia

In recent years the railways have undergone significant extensions including the 1977 linking to the western railway system at the TurkishBandar Abbas line providing better access to the sea, and the 1996 opening of the Mashad–Sarakhs border, the 1993 opening of the extension as part of the Silk Road railway to link to the landlocked Central Asian Countries. Former states of the Soviet Union have railways using a 1,520 mm (4 ft 115⁄6 in) wider gauge, thus the Iranian Railways maintain break-of-gauge services at borders to Azerbaijan and Turkmenistan, and beyond brief wide-track rail segments to the border crossing.+

The railway network converges on Tehran and connects all major parts of the country. The Iranian cities of Isfahan and Shiraz were linked to Tehran in 2009. Further extension of this line to Bushehr and Bandar Abbas is planned.

Importantly, Iran lies at the crossroads of East-West and North-South transportation corridors that are active or potentially active. The western railway extension links to Turkey at the Razi–Kapikoi border. A northern connection to Azerbaijan, the Caucasus, and Russia has a bogie-changing station at the border at Jolfa. The southern routes connect Tehran to the Persian Gulf ports of Bandar Imam and Bandar Abbas. A line to the Caspian Sea ends at the terminal of Amir Abad and at Bandar Torkaman, and is part of a North-South corridor to Russia and Scandinavia. The north-east corridor connects Mashad and continues further to the bogie-changing station at Sarakh. For the landlocked countries of Turkmenistan, Uzbekistan, Tajikistan, Kyrgyzstan, and Kazakhstan, this line provides access to the sea. A recent connection from Mashad to Bafqh has significantly shortened access to the port city of Bandar Abbas. 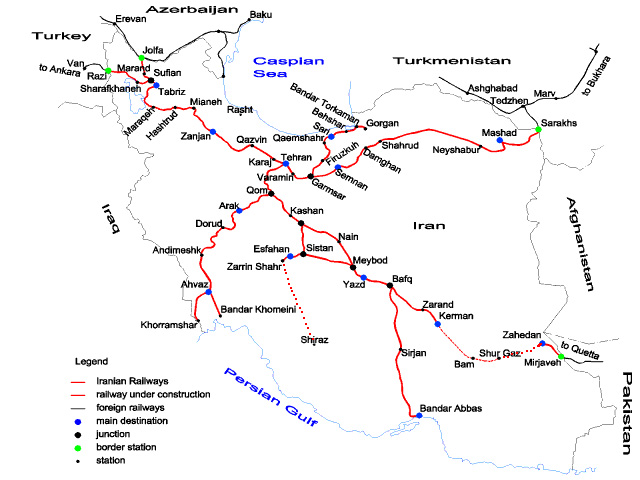 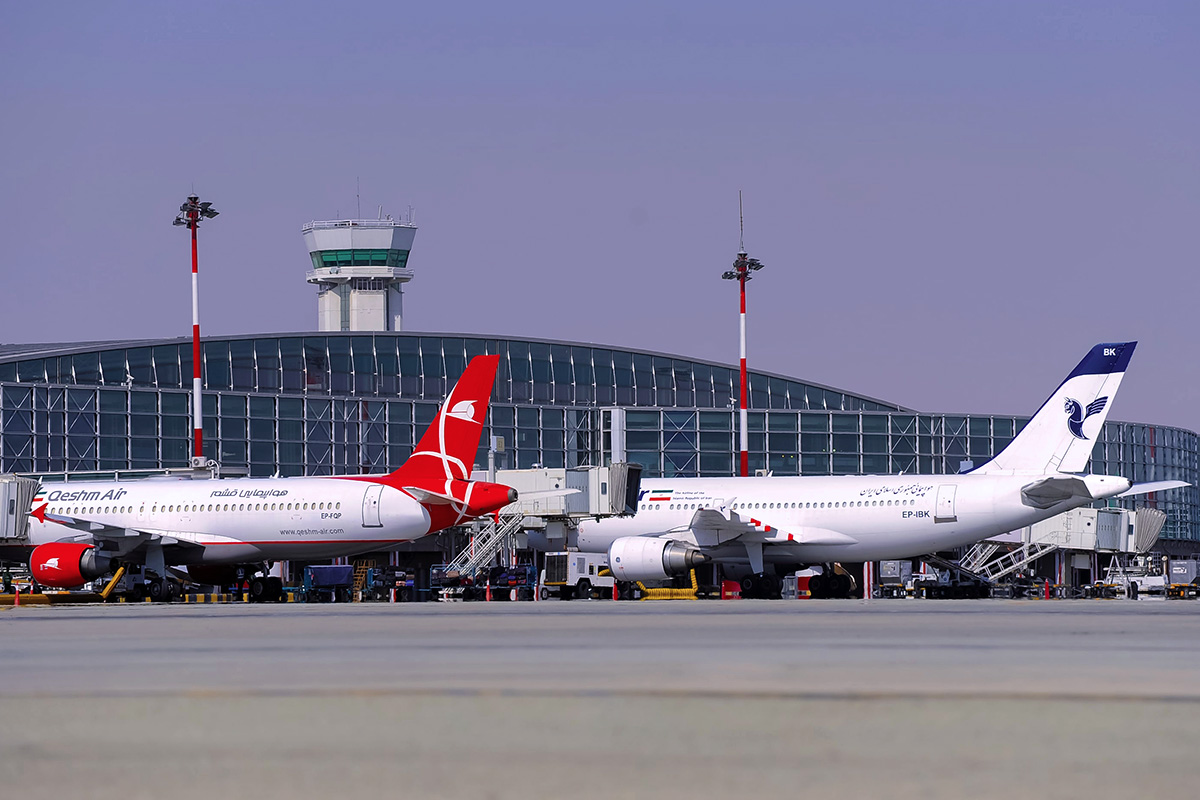 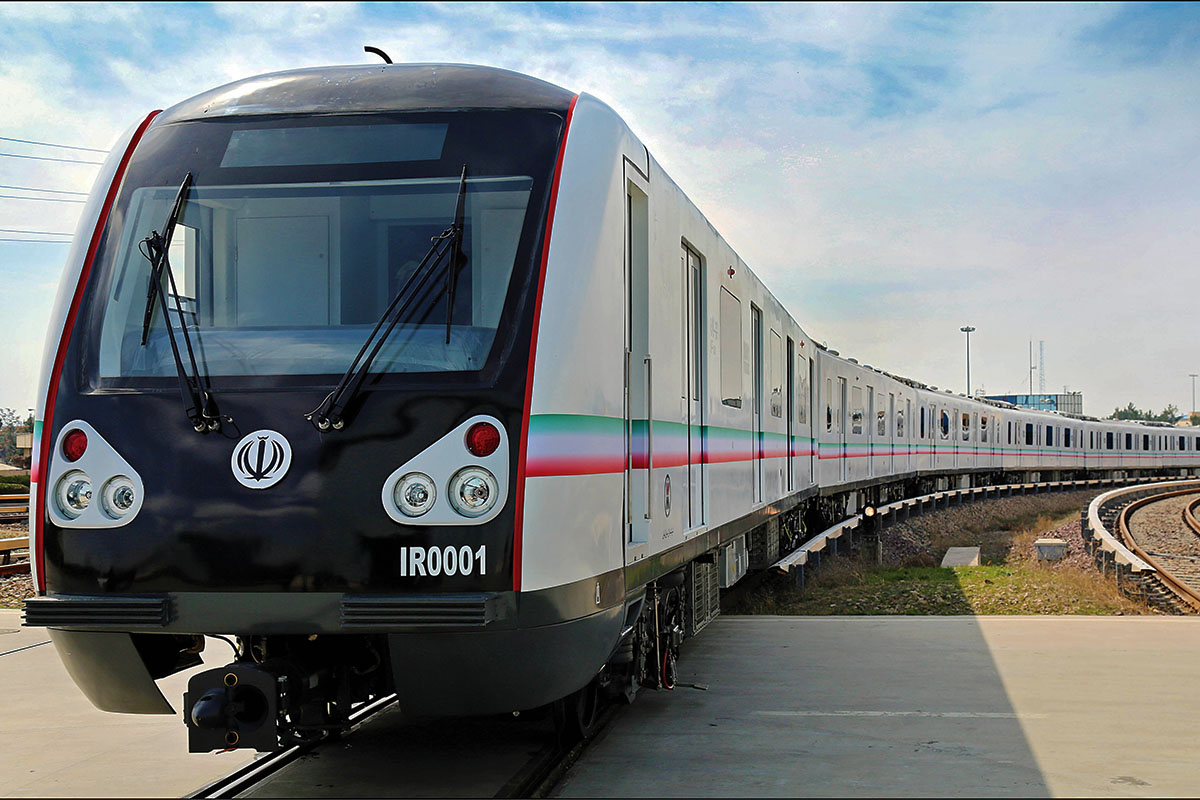 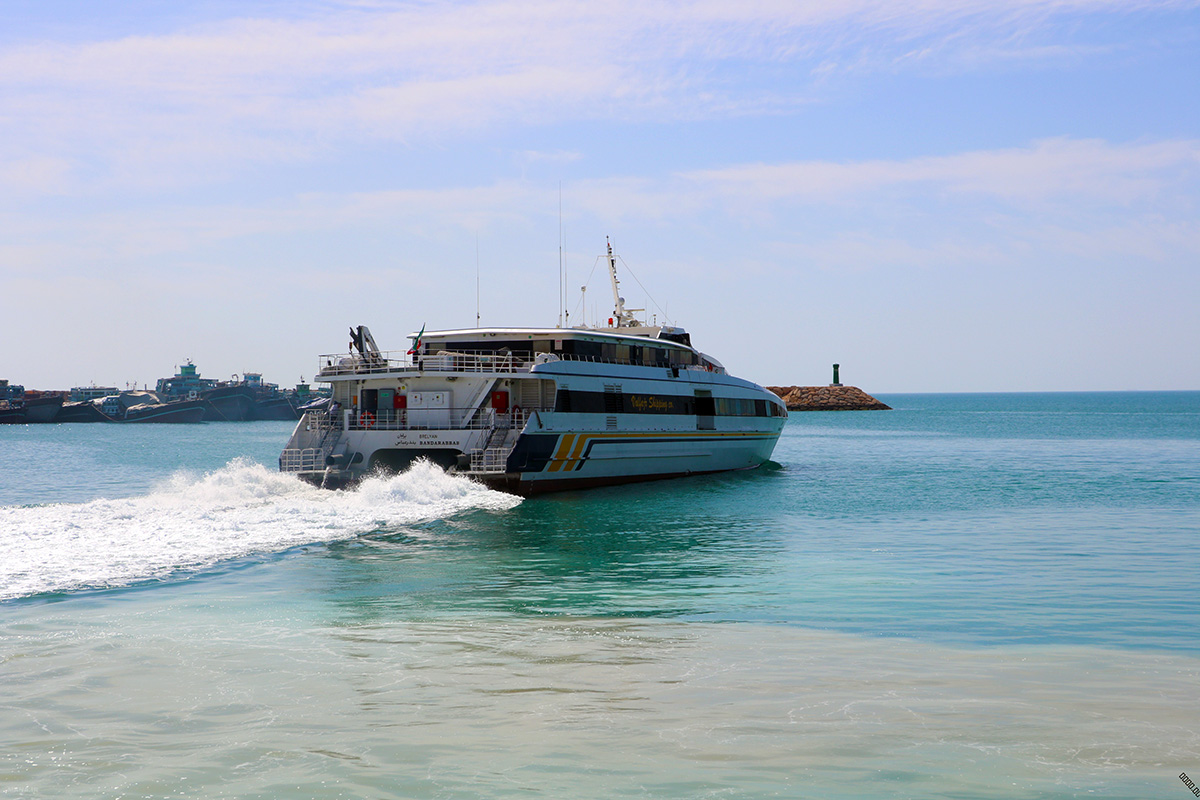 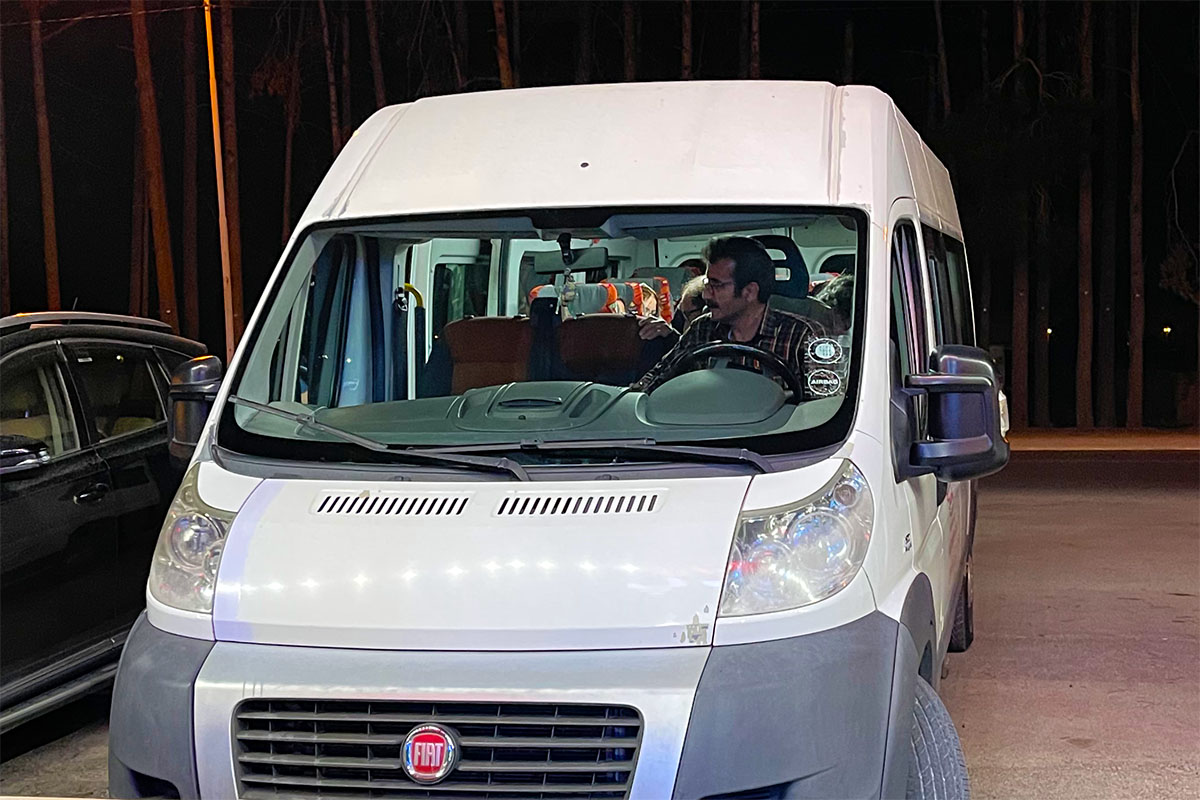 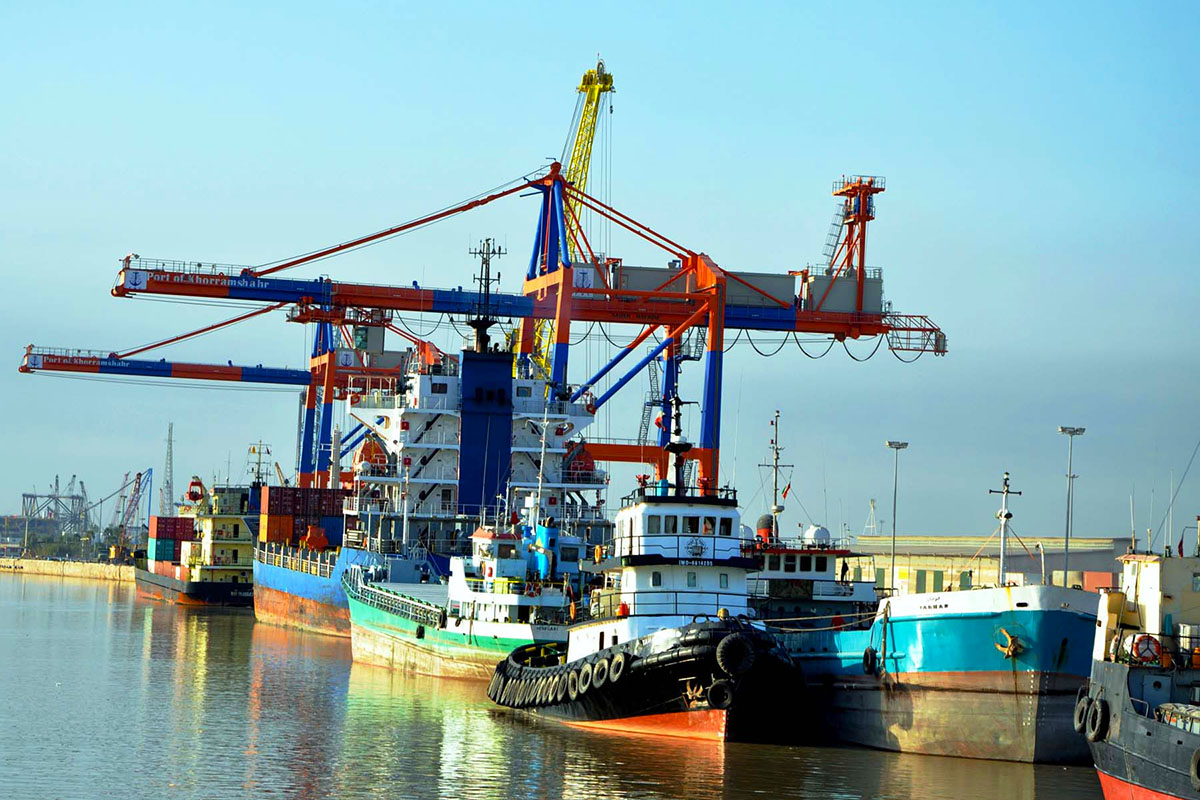 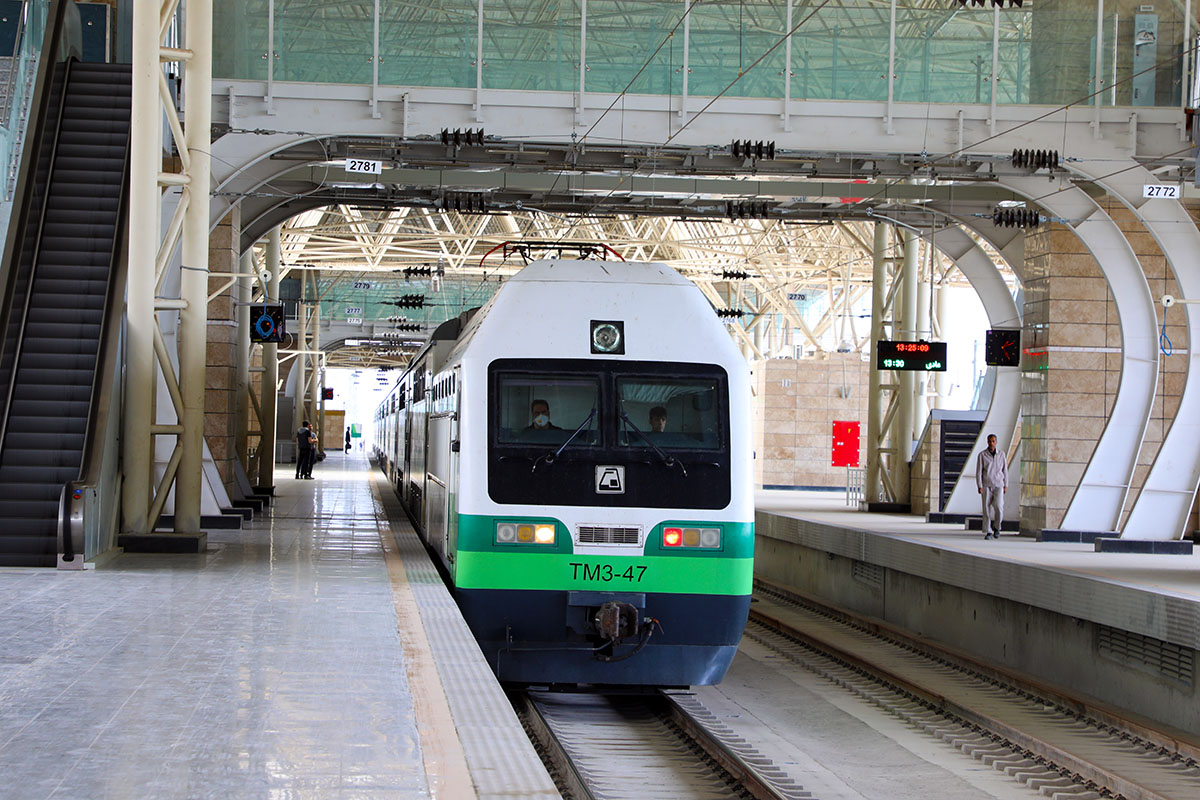 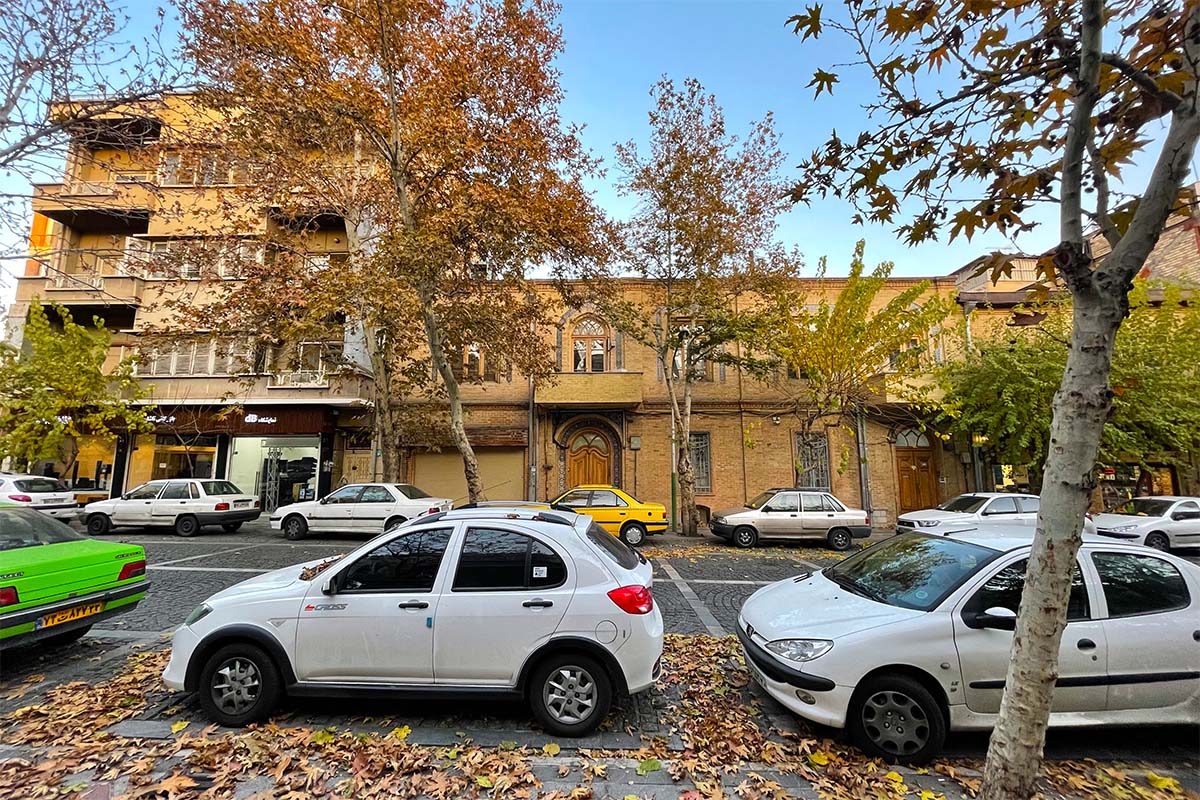