If you visit the National Museum of Tehran, you will probably see the showcase where the salt man is located. This salt man is one of a total of six mummies discovered in the Chehrabad salt mines, located on the southern part of the Hamzehlu village, on the west side of the city of Zanjan, in the Zanjan Province in Iran. In the winter of 1993, when the workers were excavating and extracting salt from a mine near the hills of this area, they encountered a corpse. By performing some experiments on the dead body of salt man, this result was obtained that the corpse dates back to 1700 years ago. Archaeological studies on the salt man show that due to the special arrangement of long-headed hair, the presence of gold earrings in the left ear, leather boots and texture of the cloth, the corpse was not a simple miner's worker, but a high-ranking person with a high social base. But the cause of his presence, death and death in the Chahar Abad salt mine remains unclear. The salt man whose body appears in glass compartments, is one of the most important attractions of the ancient Iranian museum that is well worth visiting. 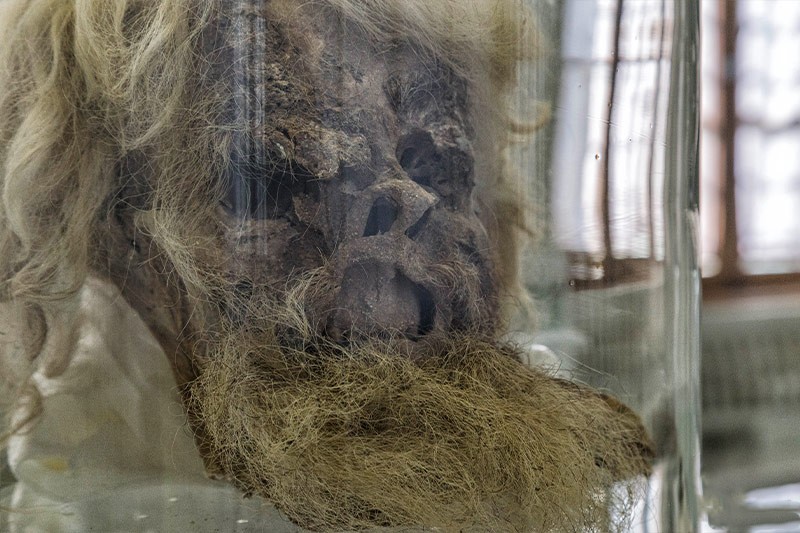